The epithet “basic” was all over Facebook news feeds and the blogosphere in 2014, and not only because Taylor Swift and Iggy Azalea dropped albums. The term floated around the hip-hop community for a few years until hitting mainstream social media thanks to a CollegeHumor video that dished on “basic” via a short list of cultural signifiers for mainstream upper-middle-class female consumerism: scented candles, Starbucks, North Face jackets, Ugg boots, Zoomba classes, Panera bread, and Sex and the City, along with the reflexive use of Twitter and Instagram. New York magazine added “lack of irony and self-awareness” to the definition, citing reverent photos of sunsets and inspirational quotations as cases in point. The term “basic bitch” and the video, both quite rightly came under fire for being sexist, and for perpetuating inaccurate stereotyping.

The blockbuster Wild, Cheryl Strayed’s 2012 memoir about finding herself on the Pacific Crest Trail, was also mocked because it went mainstream and appealed to women, and to my sensibilities, those critiques stemmed from the same misguided mindset that popularized “basic.” The book has returned to the front of bookstore windows and airport book racks in earnest thanks to the December 2014 film adaptation starring Reese Witherspoon as Strayed, for which Witherspoon received an Oscar nod. Strayed’s publisher, Knopf-Doubleday, has sold over 1.75 million copies of the book, and Wild spent seven weeks on top of The New York Times best-seller list, thanks in large part to an endorsement from Oprah. The movie’s promotional website is full of inspirational quotes and Instagram photos reverently filtering the Sierra Nevada. North Face jackets make an appearance as well.

While the book was lauded by mainstream critics, the environmental community, not known for its love of mainstream culture, has not been so kind, ripping Wild for its lack of an explicit environmental or conservation message. Strayed violated Leave No Trace principles, they say, in the opening scene of the book and movie when she cavalierly tossed her hiking boot off of a cliff. And some affiliated with the Trail have expressed concerns about how the film will inevitably attract a legion of inspired but emotionally unstable and ill-prepared backpackers in search of an Outward Bound experience, thus placing themselves, others, and the environment in harm’s way. The backlash has extended into a parody novel, Rabid, and a blog, Don’t Hike Like Wild.org, with a photo of a blonde-haired hiker teetering on the edge of a cliff. The Pacific Crest Trail Association, which appears to fully support the Wild movement, recently warned the book’s thru-hiking detractors to “be appropriate” on the organization’s Facebook page after online Strayed-bashing got out of hand.

While the backlash raises some important points for Wild’s readers to consider about environmental ethics and safety, does the outdoor community perhaps protest too much? So what if Wild is, at times, a Walden in Ugg boots?

In The Land Ethic, the conservationist and author Aldo Leopold wrote, “We can be ethical only in relation to something we can see, feel, understand, love, or otherwise have faith in.” Strayed, by example, encourages her readers  to seek the kind of immersive experience in nature that so many of our great nature writers have called for—an experience that often leaves individuals with a new appreciation of the outdoors as well as a desire to protect wilderness for future generations. Instead of bemoaning Wild’s inaccurate portrayal of the thru-hiking experience and its lack of an explicit environmental message, the book’s detractors might instead look at the causes of the public’s infatuation with the book and the reasons for Wild’s success.

A key to that success, I think, is what draws the ire of certain segments of the environmental community: its ability to appeal to a wide audience. Wild has indeed sold well to Oprah’s fan club, and yes, Strayed threw herself at the PCT with little backpacking or environmental expertise. Both are good things. In so doing, Strayed positioned herself as the everywoman from a working class background, and donned boots that, unlike Thoreau or Muir’s, the casual reader of any gender might see themselves filling. As Strayed has pointed out, the problem with much of the environmental canon is that it was written by men. “It’s this educated white guy who spends a lot of time roaming around his properties…[using] a pretty intellectual, dry way of writing about the natural world,” Strayed told Vulture’s Kathryn Schulz.

Strayed instead gives us a story of a woman who ventures alone into the mountains. Some of the men she meets on the trail are either disarmed or impressed by her boldness. “Aren’t you afraid of being out here all alone?” many wonder. Strayed, for her part, dodges the Little Red Riding Hood trope, and the film passes the Bechdel test with flying colors. She reaches the Columbia River psychically and physically fortified and gloriously alone.

When not rewriting patriarchal stereotypes, Strayed also does important work “selling” wilderness to a mass audience, an important reminder to the environmental movement that part of fighting for a cause is the ability to sell it. The PCT saw a 30-percent increase in hikers in 2013 after Wild’s 2012 publication, and the wilderness’s role in Strayed’s story has reached millions of people. I think Wild‘s wilderness has reached so many because its sublime qualities are delivered in a package that does not turn the wilds into some pristine holy grail to be sought after only with the appropriate hiking equipment and environmental knowledge. In neither the book nor the movie does Strayed offer a call to conservation or a laundry list of ecological concepts; rather, she lets the wilderness speak for itself, and doesn’t shy away from bringing Snapple, Doritos, and REI into the narrative. Why not? Most consumers can relate to those brands.  Even when she is in untouched “wilderness,’ elements of society follow: Strayed is as likely to run into a bear as a llama, or lose her way on a BLM two-track as in the deep woods. 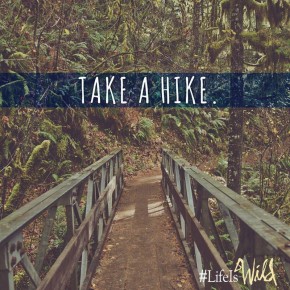 By demystifying wilderness, and what it takes to walk through it, Strayed makes it accessible to all. As the Oscar drumroll beats for Witherspoon’s performance (she’s a long shot), and the PCT gears up for what will likely be its busiest year yet, I hope that the environmental “insiders” will not stand by and thumb their noses at the folks who come to the wilderness because of Wild, but rather, embrace and respect the book for bringing the wilderness to movie theaters and Starbucks throughout the country. As the environmental movement continues to wrestle with getting its message across to mass audiences, the wilderness could well depend on a bit of Wild’s Instagram-able appeal.

Robert Lugg is an MA Lit student and English Instructor at the University of Nevada-Reno. He hails from Lock Haven, Pennsylvania, a small town in the heart of Marcellus Shale and PA Wilds country. He’s an avid runner and outdoor enthusiast. Like Cheryl Strayed, he enjoys receiving packages in the mail and tends to get lost on hikes.